So you think you can coach? You may want to think again. 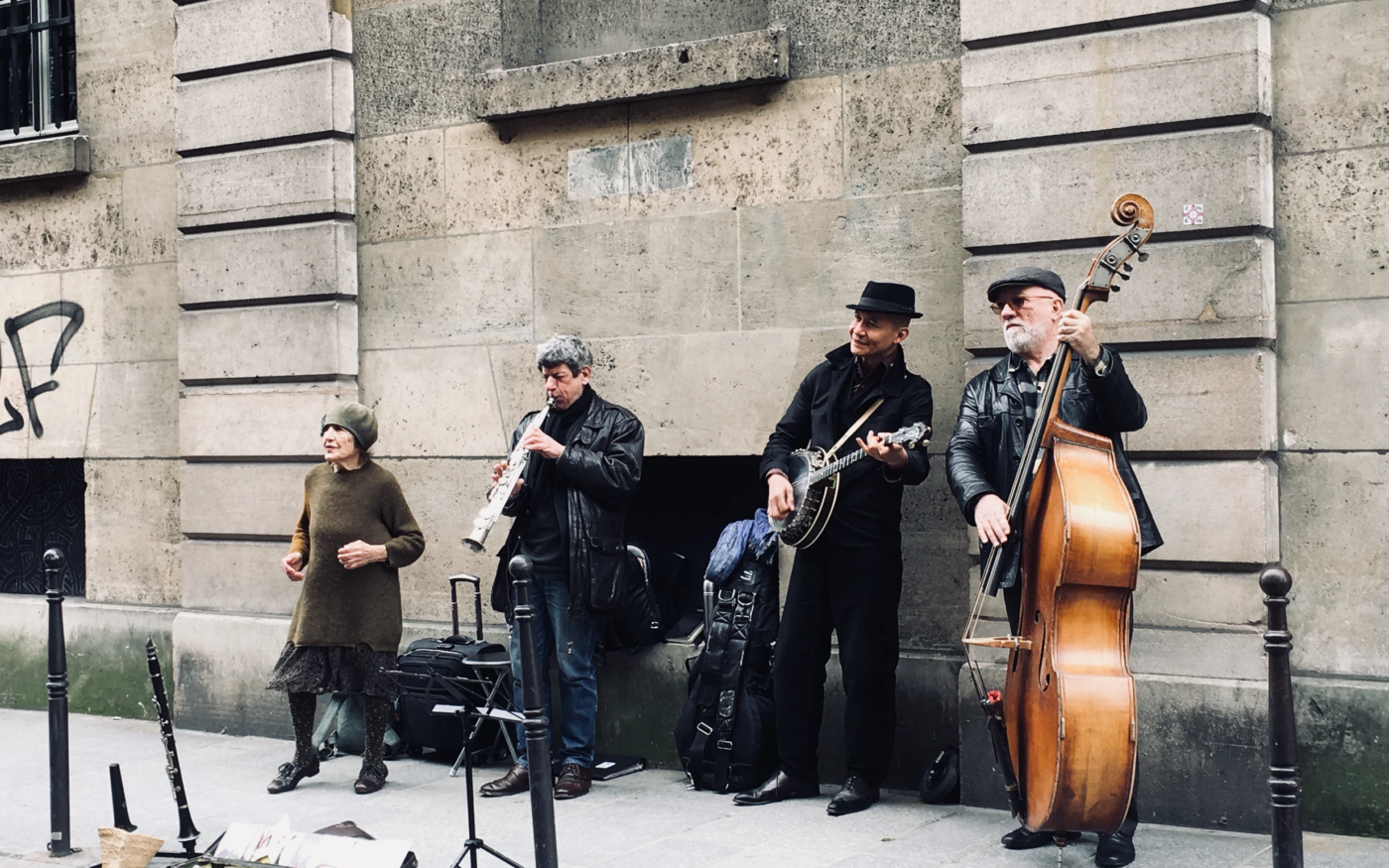 Why do many managers overestimate their ability to effectively coach their staff? It’s been 12 months since Julia and Trenton Milner published their landmark study in the Harvard Business Review, and it’s still generating plenty of discussion. I caught up with Jane Porter (Head of Coaching and Education, IECL by GrowthOps) to explore the conflict between ‘getting stuff done’ versus developing human capital, and why coaching can sometimes feel like playing jazz.

In their Harvard Business Review article of August 2018, Julia and Trenton Milner argue that most managers still don’t really know what coaching is.  As part of their research, they asked a group of managers to deliver a short, 5 minute ‘coaching session’ to one of their co-workers. Their performance was self-assessed and rated by their peers. The same performance was evaluated by a panel of 18 coaching experts.

The result? Managers rated themselves significantly higher than the expert observers.

So what’s up with this?

“There’s still a general misunderstanding of what coaching is within the context of management and leadership. It’s much better than it was five, ten years ago. But in general, managers apply the word ‘coaching’ to all sorts of things. This is absolutely reflected in the Milner study,” says Jane Porter, Head of Coaching and Education at IECL by GrowthOps.

“Generally, managers make a lot of assumptions as to what coaching is and think, ‘Well, I’m doing it anyway’. They’re not taking the time to understand what it is, and perhaps more importantly, what it isn’t.”

Clearing up these misconceptions forms a key part of IECL by GrowthOps’ Level 1 Accredited Coaching Certification. Jane knows just how important it is to get these distinctions right.

“So much of day one is sorting out what coaching is and how it is different to leading, mentoring, training, managing – all the other valuable things that you do as a manager and leader. It’s critical to understand what coaching is and how it is different,” she says. “Managers are often doing other useful and interesting things and calling it coaching without a full understanding of what it is. Coaching is about developing human capital by unlocking intrinsic wisdom and enabling the individual to realise their full potential”.

So when coaching is done right, it’s mutually beneficial for both the individual and the organisation?

“Indeed. If you allow someone to think through, to develop, to notice their own habits, patterns, become more resourceful, more resilient, more strengths focused, then they’re less likely to need to come and ask you the question a second time, because they’ll be able to work it out for themselves.”

Jane describes the ‘moment of clarity’ that trainee coaches experience early on in the course.

“To see that moment of realisation – ‘Ah, so what I do isn’t coaching. What I do is mentoring’ – is great.  We can start to define and place value on what they’ve been doing. Because mentoring is useful, leading and managing is useful – it’s just not coaching”

As managers and leaders begin to understand how coaching approaches can become part of their skill set, they also start to understand what it is and what it isn’t. As Jane points out, the flip side to teaching a bunch of managers to coach is they sometimes think everything can be solved by coaching.

“Absolutely. You still need to be a leader, you still need to be a mentor and effective manager. But coaching is a different thing, and you need to know when to put your coach’s hat on, and when not to. It’s not always useful to coach someone in crisis, for instance. It becomes more about weaving your new coaching skills into your leading/managing conversations.”

The Stealth Coach. A rookie mistake.

Armed with these newfound skills, it’s important for managers and leaders who are developing coaching skills not to fall into the trap of ‘coaching by stealth’. Jane stresses the need to communicate the new approach to their staff.

“If a manager kicks into ‘coaching mode’ without warning, a common response from their staff is ‘Why are you asking me all these questions? Normally you just tell me what to do.’ So it’s important for leaders to indicate when they are coaching, when they are mentoring and when they are managing – which hat they’re wearing and why.”

The Performance Formula and identifying interference.

It’s important for managers to be able to step into a coaching mindset when choosing to take this approach. The coaching mindset is brought to life by Tim Gallwey’s Performance Formula. It basically says that a person’s performance is equal to their potential minus interferences. There’s a whole bunch of stuff that interferes with a person’s ability to bring their potential forward, both in the workplace and in their personal life. Our own skills and behaviors – the way we think, our values, our beliefs and what we say to ourselves, environmental factors, structures, processes, other people and their behaviours –  the list goes on. These are all interferences.

So how do we begin to identify the interferences that are stifling an individual’s potential?

“What we do is we take that idea of interference, and we map it out,” Jane explains.

Interestingly, mapping out and identifying interferences can help scope the coaching work to be done. For us, coaching isn’t just one conversation. It’s a series of conversations.”

A coaching approach to leadership and management.

When looking to develop coaching skills among leaders, how much can the needle really be shifted in a small amount of time? Is there a general expectation that managers can learn to coach in a couple of hours?

“Yes we see this all the time. Some organisations think the mark of effective coach training is the number of training modules that can be crammed into a half day workshop. We challenge this, as with experiential learning, less is more. If we are to impact skill development in a small amount of time it has to be about practice and feedback framed with some powerful learning theory. Clients learn from doing it and seeing it done.”

“But in response to the question, absolutely we can make an impact in a short amount of time – just maybe not in half a day! What we’re saying is ‘let us come in, work experientially with your people and together we can have a real impact’. Building a coaching mindset and culture is not a simple tick and flick exercise that can be crammed into a half-day workshop.”

The Wrap Up. Coaching is like playing jazz. Sort of.

Most managers overestimate their own coaching ability. In Jane Porter’s experience, it’s largely due to some common misconceptions around what coaching actually is. The Milner study demonstrates that once there is clarity around what coaching is, managers have a much more realistic assessment of the efficacy of their coaching efforts. The good news is that with a relatively small amount of targeted coach training, you can have a real impact on the organisation and the people you work with. The ‘bad’ news is that like many creative pursuits, it’s lifelong. You never really master it.

“Coaching is something we don’t learn at school. It really is a life skill and a leadership skill. And you never completely master it! I still get mentored. I still go to professional development, because there’s an artistry to it” Jane adds.

So in a way, being a coach is sort of like being a jazz muso. Can you ever truly master the craft? “Indeed. Look, there’s the learning of the science and the do’s and don’ts. But once you start to play with the artistry, when is an artist truly done?”

By Adam Smith, Writer at GrowthOps.

What kills innovation? More often than not, it’s leaders getting in the way of a new idea. Mandy Geddes, General Manager, Institute of Executive Coaching & Leadership,...…

How to Better Measure the Impact of Your Marketing

C-Suites often look at ROI to measure the impact of their company’s marketing. However, not all sales cycles are monthly and so, how we analyse marketing ROI has to be...…